Not All Pulse Oximeters Are Alike: How Understanding Inherent Bias Can Lead to More Accurate Blood Oxygen Readings

It’s without question that sleep specialists want the most accurate pulse oximetry technology built into the sleep tests that they rely on to monitor and diagnose their patients for sleep disordered breathing, but not all of these devices are created equally.

Measuring oxygen saturation drops during apneic and hypoapneic events is fundamental to diagnosing sleep disordered breathing. Oximeters used in sleep studies must be dynamic in that sense and they must be able to measure oxygen saturation in very challenging conditions over a short period of time.

Patients sleeping with oximeters might move frequently and often might suffer from low baseline saturation, such as in the case of chronic ostructive pulmonary disease (COPD) patients suffering from obstructive sleep apnea (OSA). Oximeter manufacturers must, also, at the same time make sure the device is comfortable and very reliable, especially in catching desaturation drops, which might occur for only a few seconds.

Since pulse oximetry is not standardized across manufacturers, it isn’t uncommon for different pulse oximeters to show variability in oxygen readings on the same patient.

Clinicians need to be aware of differences among popular devices they are using for diagnosis and patient management, according to a paper published in the Journal of Clinical Sleep Medicine in April, 2019.

The paper observed that a greater number of obstructive sleep apnea patients with comorbid COPD would have qualified for nocturnal oxygen when tested with the Nox T3 Portable Monitor versus polysomnogram, using different oxygen technology.

This is not because the pulse oximetry reading is inaccurate in one of the cases, but because all pulse oximeters are calibrated using CO-oximeters, which have an inherent bias to their measurements.

This means that the same blood sample analyzed by different CO-oximeters may give results that differ by as much as 3 percent between two devices, according to information provided by Nonin Medical. 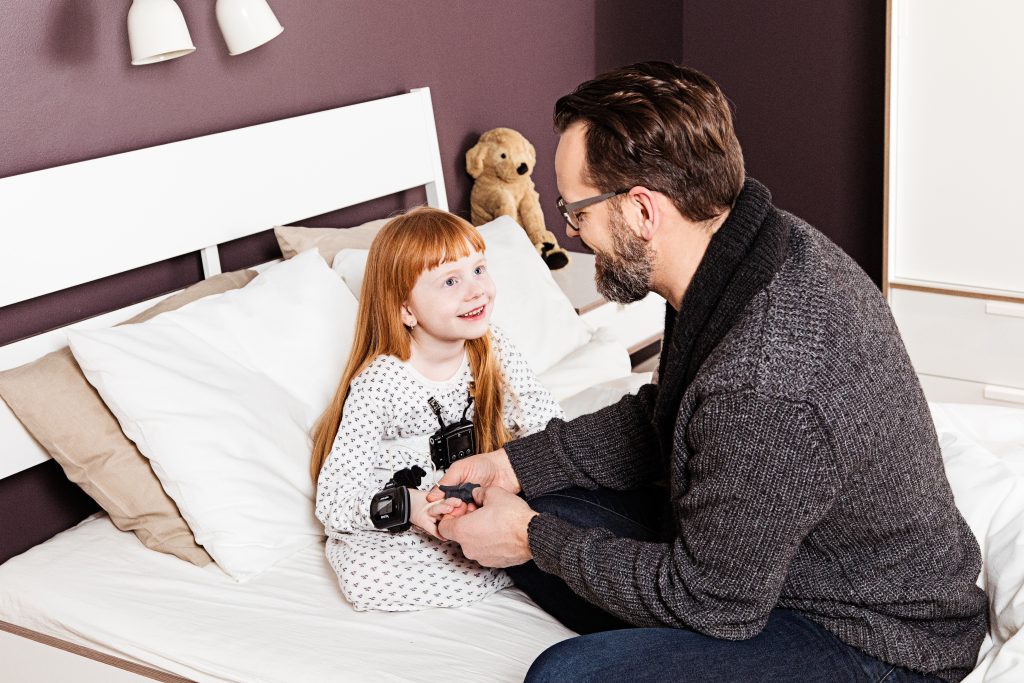 In one study, published in Anesthesia & Analgesia, researchers observed that when measuring blood oxygen levels in patients with dark skin pigmentation, Nonin’s clip-on device showed the lowest level of bias compared to devices from other manufacturers.

“There is a clinical difference in having a low bias, and frankly, that’s why Nonin picked it,” says Carey. “We wanted to make sure that we captured even those borderline desaturation events, rather than report false highs.”

“The results from the study by Han et al. (see above)  showed us that using different oximeters in diagnosing COPD patients with OSA would have resulted in different clinical decisions being made. The decision whether to treat these patients with oxygen or not was different, based on which technology was used,” Nox Medical product marketing manager Snorri Helgason says.

“In my opinion, in cases like these, physicians must be aware of the difference between oximeters being used in sleep diagnostics. Different technology is being used by different vendors, and I believe this is very important. High-biased oximeter results might result in patients being treated too late, that should, in fact, have been treated right away” Helgason adds.

“Conversely, overtreating patients based on low-bias finding is also a problem, but at least, physicians that are aware of this technology differences are much better suited in taking much more reliable decisions on treatment options.”

The first fingertip pulse oximeter was manufactured in 1995 by Nonin Medical and saw rapid adoption in the clinical setting. Since then, these devices have become the gold standard in sleep testing technology.

“We knew that our target market at the time was going to be the sleep market,” says Carey.

A number of years ago, Nonin also helped write the pulse oximetry testing standards guidelines for the American Society for Testing and Materials, an international organization that develops and publishes voluntary consensus technical standards.

In recent years, several new fingertip pulse oximeter units have been developed. Many of these devices are available over the counter at a low price. Anecdotal information collected from clinicians has indicated that the inconsistent performance of some devices may be due to low signal strength from low perfusion or labored breathing, according to a white paper published by Nonin Medical.

“There is a world of difference between the different little fingertip pulse oximetry monitors you see in the drug stores [and the Nonin devices],” says Carey. “We believe Nonin is the clear choice when selecting an oximeter for use on any patient regardless of disease state or condition.”