Beyond the AHI: The Evolving World of Sleep Diagnostics

When a patient reports waking up from sleep gasping for air, clinicians will often investigate with a sleep study and calculate the severity of sleep apnea using the apnea hypopnea index (AHI), which references the number of apnea and hypopnea events per hour of sleep. To be counted, the apneas must last for at least 10 seconds and be associated with a decrease in blood oxygenation. The AHI is a standard tool used by clinicians to measure sleep disordered breathing, but it has limitations.

This was the a central theme highlighted at this year’s World Sleep Congress in Vancouver, Canada, during a satellite symposium, sponsored by Nox Medical. The event, titled “Beyond the AHI,” explored some of the diagnostic challenges in sleep medicine today and potential ways to overcome these obstacles.

Is the Apnea-Hypopnea Index the Best Way to Quantify the Severity of Sleep-Disordered Breathing?

Guest speaker Dr. Naresh Punjabi, professor at Johns Hopkins School of Medicine, explained that AHI does not distinguish between apneas, the complete cessation of breathing, and hypopneas, abnormally slow or shallow breathing. The AHI gives equal weight to these two respiratory events, physiologically and pathologically, implying that they have the same impact on patients no matter the severity of desaturation.

“I think that is a major limitation,” Dr. Punjabi says. “…It could very well be true that an apnea, however severe it is, is the same thing as a hypopnea, however mild it is, but an intrinsic limitation, at least, that I see is that there this equal weighting of events.”

Desaturation episodes are generally described as a decrease in the mean oxygen saturation of ≥4% that lasts for at least 10 seconds. Dr. Punjabi explains that there may not be enough empirical data to show if these dips in blood oxygen are clinically significant or not. “We have struggled with this issue about desaturations. How much of a desaturation is important?” Dr. Punjabi asks.

Use of RIP to Measure Respiratory Drive and Ventilation

What are the alternatives? A number of other factors can be used to complement AHI, for a more comprehensive picture of patients’ disordered breathing, including degree of oxygen desaturation events, average oxygen saturation, time spent below a certain saturation level, sleep fragmentation and frequency of arousals.  The underlying causes of sleep apnea can also be determined by the phenotyping work done by Andrew Wellman and Scott Sands1. They have identified four phenotypes: collapsibility, loop gain, arousal threshold, and upper airway gain which can be gauged from a PSG sleep study. Treatment targeting each phenotype may be more successful in the long term than a one size fits all treatment to sleep apnea.

Dr. Punjabi explains this in his talk. “There is a lot of phenotyping that can be done here, above and beyond the classical, tough physiological things,” says Dr. Punjabi.

“Respiratory drive, typically used as an important factor to distinguish central apnea from obstructive sleep apnea, could also possibly aid in the titration of CPAP.  This physiological factor may also be used to identify respiratory effort related to arousals, which are currently scored using criteria unrelated to respiratory effort”, says Dr. Wellman.

Both guest speakers were in agreement that AHI should be used in concert with other biologic factors to determine the best route for each patient’s care. 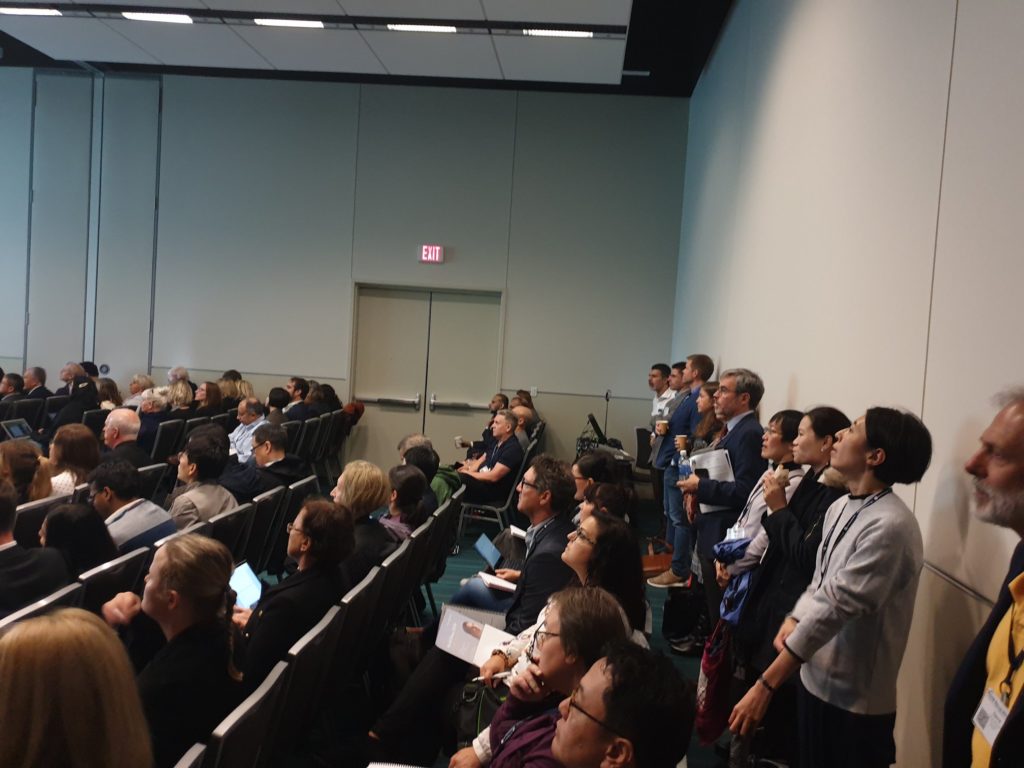