New Study: The Nox A1 PSG Used to Test Sleep Apnea in Children 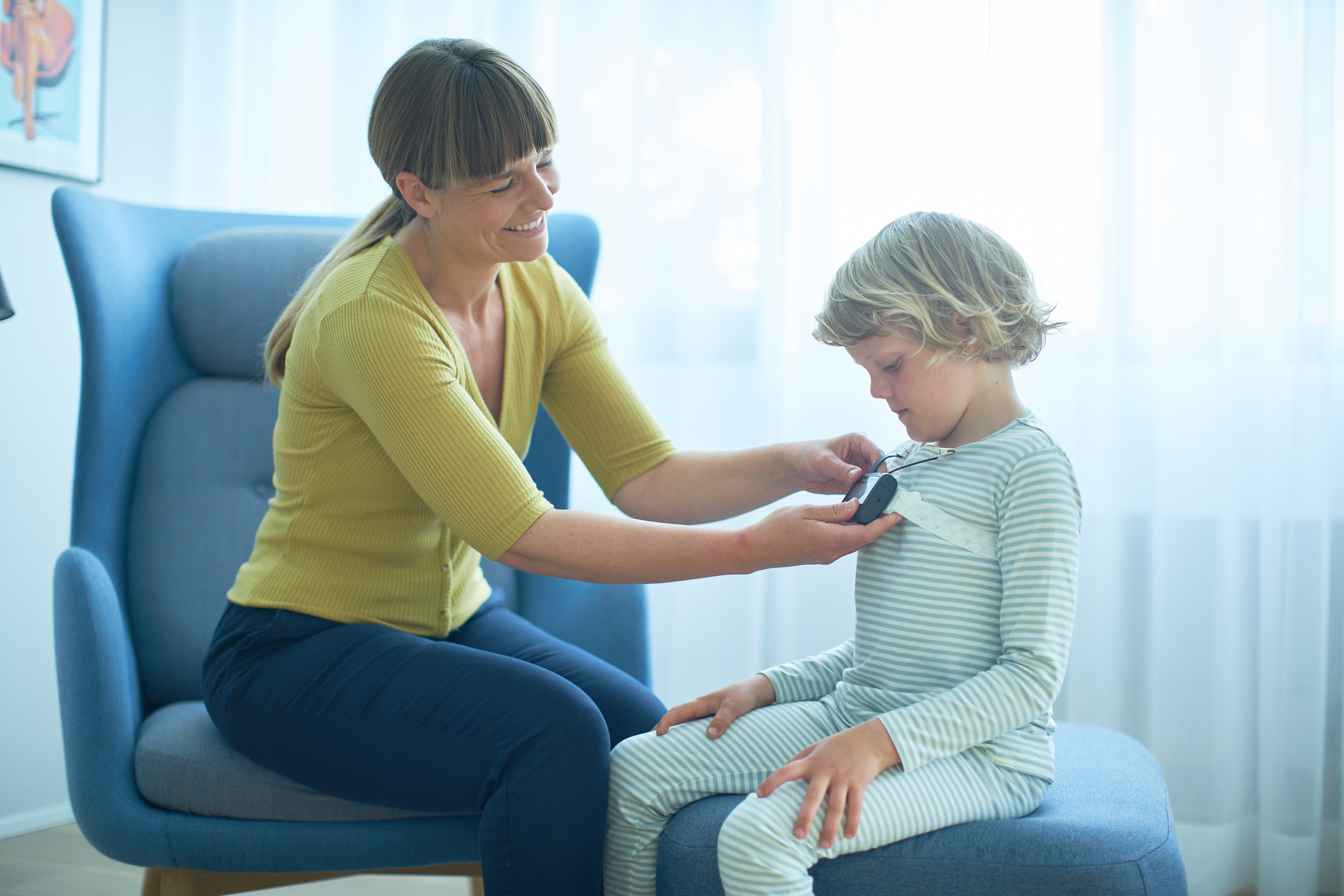 Nox Medical’s PSG system, The Nox A1 was included in a study that was recently published in the Journal of Clinical Sleep Medicine. The study’s intention was to test the feasibility of ambulatory polysomnography (PSG-home) in a group of children suspected of obstructive sleep apnea (OSA).

The results demonstrated that when the equipment is installed at the sleep professional’s office and a parent monitors the child, PSG-home (Nox A1) is feasible and technically acceptable in children aged 3 through 16 years old to test for sleep apnea.

Furthermore, the short delay and feasibility provided by PSG-home (Nox A1) is considered to improve the management of children suspected of OSA.

A total of 57 French children were prospectively included in the study where PSG-home was technically acceptable in 46 (81%). Failure was generally low, the authors report, failure due to nasal cannula was observed in 11% (n = 6), oximetry in 7% (n = 4), and both in 2% (n = 1) of cases. No difference in feasibility was found according to age, sex, OSA severity, or comorbidities.

The calibrated RIP flow derived from the Nox RIP belts can be used as a backup flow signal for the cannula in cases where the cannula drops out or, for some reason, patients cannot wear the cannula as shown in recent studies, described in this article.

The importance of sleep apnea tests for children

The study results demonstrate that ambulatory polysomnography or PSG-home using the Nox A1 shows good performance in diagnosing OSA in children aged 3 to 16 years old.

These results are very encouraging, emphasizing the fact that the Nox A1 can be used to diagnose the pediatric population suffering from sleep disordered breathing (SDB) in a home setting.

This is important as the study reports that serious consequences such as neurocognitive and behavioral disorders are associated with undiagnosed OSA in children. Moreover, untreated OSA may result in growth delay and cardiovascular and metabolic complications.1

Furthermore, recent research, published in the Journal of the American Osteopathic Association, suggests that sleep disordered breathing (SDB) can be grossly underdiagnosed in children. As many as 15% of children have sleep-disordered breathing, but 90% remain undiagnosed. This is often because symptoms are misattributed to psychological or emotional problems.

We want to draw your attention to three articles that research sleep disordered breathing in the pediatric setting.

Model for prediction of pediatric OSA: Proposal for a clinical decision rule